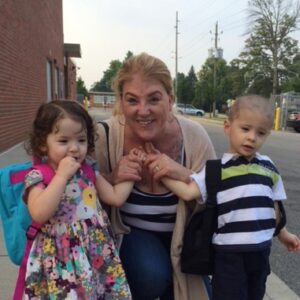 Mother to Angel and AvaMariee, twins who receive care at Damar Services.

From Missed Milestones to New Possibilities

Angel and AvaMariee were born early at 33 weeks. Within the first year, both children struggled to meet developmental milestones. At each well-visit checkup, we would identify our concerns, only to be told things like, “Children can catch up later in development.”

But, as a parent, you know when your child thinks and acts differently. We could see that Angel and AvaMariee were overly sensitive, and that their responses were different from other children. Even seasoned professionals failed to see past Ava’s quick wit and charming personality to recognize her autism, and they saw Angel as either as a sweet, loving boy who was reserved and shy, or an intensely aggressive, angry child … but they didn’t see autism.

As parents, we just kept asking questions and pushing professionals for the truth.

As our children continued to get older, more milestones … things like rolling over, sitting up, walking and talking … were not being reached. We demanded an outside evaluation. Immediately, both children qualified for services though First Steps, which meant our home quickly became a therapeutic center three days a week. The children received OT, PT and speech therapy. After several months, we could see progress.

Still, there were significant deficiencies, so, when their third birthday – the time when they would age out of First Steps – approached, we struggled to find a new solution. Then, one of the kids’ therapists recommended Damar Services.

At the age of three, both children were diagnosed with autism through Damar. AvaMariee was classified as high-functioning, and Angel was considered more severe based on his lack of verbal communication and functional delays. Although we were disheartened, we were relieved to know they would receive services from Damar. We were reassured by the warmth and understanding we received there.

There was just one problem: We had to wait for a placement. Not wanting the children to have a lapse in therapy and socialization, we sought an interim solution. Anything was better than nothing. Or was it?

Private preschool lasted a total of three weeks. It ended the day we picked our little boy up and discovered his undergarments were placed over the outside of his pants. This widely popular, highly sought-after school had decided our child needed to be taught a lesson. It was simply inexcusable. They stripped our child of his dignity. They made a distinction of his difference instead of embracing his individuality.

Devastated by the experience we enrolled the children in developmental preschool within the Indianapolis Public School system. But it was not enough. Three hours a day barely scratched the surface. We began to lose hope. Each month we would contact Damar, praying that a placement had become available. It would be a full year before we saw any relief.

Finally, in January 2017, after a 12-month wait, we received news that the children would begin full-time ABA therapy at the Fall Creek location.

Our prayers had been answered.

And what’s the result?

Today, a once shy and reserved boy has begun to vocalize. His aggression and anger have declined significantly. He is able to hold eye contact, and he responds with elaborate facial gestures. He is finding his voice through signing. He is able to indicate his desire for basic human activities … simple things many of us take for granted, such as eating, drinking, or, most recently, waving goodbye.

A once loud girl has become eloquent in her ability to communicate her needs. She no longer bites, kicks or screams out of frustration. Always strong and fierce, now she actively shows compassion for her peers and others. Many say her infectious smile and creativity make her the highlight of their day. She no longer avoids interaction with her brother, but actually has begun to engage in his form of communication. But most importantly, she has accepted him, and no longer asks if we can trade him in.

Our journey thus far has been nothing short of miraculous.

We are not here by accident; it is our destiny. Yes, we gave these children their lives, but Damar gave them a chance. The chance to grow to their fullest potential, and to be as unique and incredible as they can be. We would not be where we are today if it had not been for the extensive support staff, therapist, family, and dear friends. It truly has taken a village, and we are so eternally grateful for each and every one that has given of their money, time, and talent.

*Editor’s Note: Amy Munguia shared her family’s story at the 2018 Damar Cup awards ceremony. Proceeds from this year’s Damar Cup go directly to Damar’s  IndyBansTogether mission, providing tracking wristbands to children who are prone to wander. Amy’s son Angel is a recipient and wears a ProjectLifesaver band, providing his parent’s comfort knowing if he runs off, they can find him.

“Now that he’s older, we are constantly chasing after him in some capacity. It’s harder to contain him and keep him out of places, especially in non-autism friendly environments. Most individuals and businesses are not aware or equipped to handle the safety issues surrounding children with autism. It is our responsibility as parents to try and protect our children as best as possible. Project Lifesaver wristbands allow us such opportunity.”- Amy Munguia

Fifteen years ago, when my son called to tell me my grandson, Kevin, had been born, I was ecstatic. But, during the drive to the hospital I kept reflecting on my son’s tone of voice on the telephone. I hadn’t heard the excitement of a first-time dad. Was something wrong? Had the baby been born […]
read more 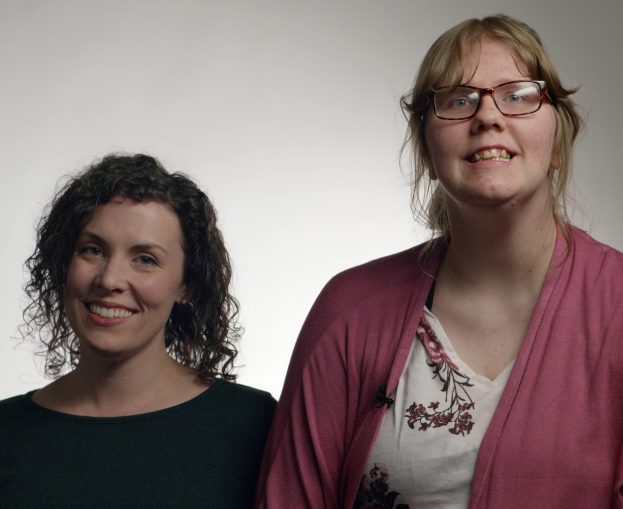 Megan is an adult living successfully in the community. She has worked hard on her behavior, using behavior management and music therapy to build her skills. Last summer, Megan fulfilled a bucket list goal: becoming a rock star. With great excitement, Megan performed her original song, “Total Solar Eclipse,” in front of over a hundred […]
read more