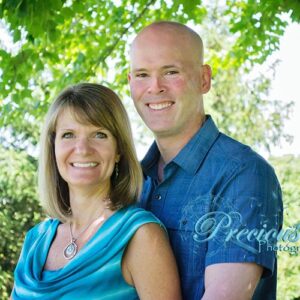 A Westfield resident and marketing sales manager, Bianchi has been married to Deborah for 30 years and they have four children and four grandchildren. He was in foster care as a child.

Saving One Life at a Time

To say that I am blessed would be an understatement.

I have been married to a wonderful woman for 30 years. We have four amazing children and four highly energetic grandchildren. I have a career that fulfills me and puts food on my family’s table and a roof over their heads. But it hasn’t always been this way. I owe my entire life to a selfless stranger I met more than 40 years ago. She was my foster mom.

I was born to a frightened 16-year-old girl who had gotten pregnant by a man seven years her senior. They got married before I arrived, but, both having coming from generations of abject poverty, they got no support from their parents. Over the next few years, three more kids joined the family. My father bounced from job to job trying to make ends meet, and my mom dropped out of high school to take various waitress jobs to support her family.

By the time my mom was 23, she had no money, no high school degree, no support from her parents and an abusive husband who had been cheating on her throughout their marriage. She had divorced him once and remarried him, and now she was headed for a second divorce.

During this tumultuous time, my three siblings and I lived with our parents part-time and with various aunts and uncles on several occasions. By the middle of second grade, I had lived in five houses and been in three school systems. I had seen my mother abused by my father more than once, including a time when I saw him chase her around the kitchen table with a butcher knife. Alcohol took hold of my parents as their only outlet from this sad and desperate life.

When I was halfway through second grade and we were living with an aunt who was the most abusive person I have ever known, the four of us kids were taken on a ride to a big brick building, miles away from home. Inside the building we were given toys to play with while our mother talked in another room to some adults. We were told we would be going to go live with some new people for a while. No big deal. We were used to that. I remember each of us getting into separate cars. I looked over at my 6-year-old brother sitting in his assigned car and we nodded goodbye to each other. Somehow I knew that it was going to be a long time before I saw him again.

On the car ride, the woman who was driving explained that I was going to live with a woman named ”Hazel,” her husband “Richard” and their four children. Now I was worried. These weren’t aunts or uncles; they were complete strangers. When I arrived at Hazel’s I ran right into the family room and plopped down on the floor in front of the TV. I didn’t want to talk to any of these strangers; it felt odd to be in their home.

Over the course of time, I got to know these strangers. Richard and Hazel treated me like one of their own children. For the first time in my life, I felt a sense of stability. They enrolled me in the private school their kids attended. They included me in everything. I went to church with them every Sunday. I went camping with them every spring and summer. I experienced Easter, Thanksgiving and Christmas with them … not as their foster child, but as a part of their family.

I didn’t always make it easy for this foster family. With my troubled past, I would occasionally act out. I was confused. I hadn’t seen anyone from my family since saying goodbye to them. Why did my parents abandon me? I missed my brothers and sister and couldn’t help but worry about them. I felt guilty. Did they have it as good as me, or were they still stuck in that life I left behind?

About two-and-a-half years later, when I was 9, Hazel told me that Child Services had called with the news that they planned to move me to a new family. I was shell-shocked. Here I was, with a stable family who truly seemed to love me, and now the county was going to move me? But Hazel told me not to worry. She told Child Services that it wasn’t fair to leave me in their home so long and then just yank me out. I was a member of their family, she said, and that the next call they would receive would be from her attorney. They intended to adopt me.

And shortly after my 10thbirthday, I was indeed adopted by this family that I grew to love as my own. I started calling Hazel “Mom” and Richard “Dad.” I saw their children as my brothers and sisters. Anytime someone would refer to me as their adopted child, Mom would correct them and say “Mark is our son. Period.”

The Bianchis’ selfless act of becoming foster parents made a huge difference in my life. I truly believe that, had I stayed in the environment I was born into, I would have turned out to be a different person (and not a better one.) Because I was introduced to the Bianchi family, I was set on the right course before it was too late. Without these foster parents, I doubt that I would have graduated high school, gone to college, started a professional career and learned how to love and respect the woman I married 30 years ago. Nor would I have learned how to be a good parent to my kids.

So I say thank you, not just to the Bianchis, but to all foster parents, for making a positive difference in the lives of the children in your care. Through your kindness and love, you are saving lives, one at a time. 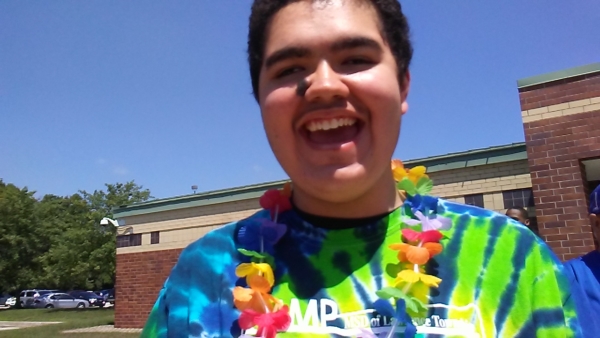 Tour the NDI A new state-of-the-art autism services unit to be operated by Damar Services at the Indiana NeuroDiagnostic Institute (NDI) and Advanced Treatment Center will open Jan. 1. The 10-bed autism services unit at the state’s new psychiatric hospital located on the east side of Indianapolis will serve adolescents with autism who are in […]
read more